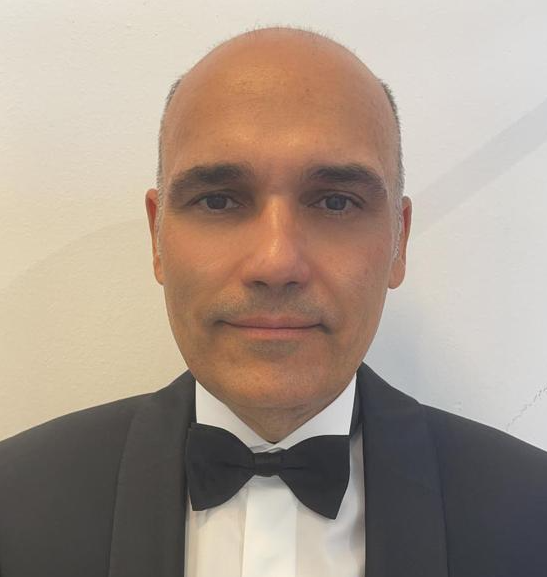 Gustavo Cortês is a 30-year veteran with legal and financial expert in infrastructure and energy projects with unique expertise in structure formation and implementation of infrastructure projects, with solid experience in Export Development Banks and Export Credit Finance and Guarantee Agencies in different sectors, including, energy, renewable energy, consumer products, industrial machinery, commodities, climate change, food production, development and sustainability global projects, and taking companies to global scale. In the past two decades he has created trade and procurement strategies, integrating with risk mitigation programs for specific sectors, industries and global companies.

His expertise expands to Policy at the intersection of public, private and PPP Programs; he has helped define the ownership and technological innovation threshold for restructuring of the industries, especially in negotiations of Trade Offset Credits, Local Content and Climate Fund, Brazil and Latin America at large. His work has led to the creation of many plants, deployed at highest financial and operational efficiencies, ESG focused project inducing smart, sustainable, and inclusive growth and high quality job creation for a full circular economy, pumping FDI and exports.

Gustavo’s expertise as a lawyer with further expertise in the Oil and Gas and Infrastructure sectors contributes an arrow in Bck Bay Group’s quiver in developing and implanting global projects.

His he has successfully negotiated more than 50 cases and projects, with CAPEX over $ 6 billion over 5 years. This $6 billion portfolio of new projects has deployed structural adjustments, M & A integrations, cost savings and other implementations; Gustavo has done more than $ 100 billion worth of past transactions, acting to ‘extend’ the exploratory term of discovery of 115 blocks in Brazil of the “Round Zero” which totaled 446,260 km ² of area, having a total benefit/profit of more than $ 10 billion; He has done more than $ 50 billion in projects involving the implementation of exploration platforms and other drilling units in exploratory blocks, in the construction and updating of bio-fuel and oil refineries and renewable energy projects. Gustavo has advised on risk management and legal matters, including $ 1.78 trillion in government matching programs $ 700 million in renewable energy, $ 300M in privatizations, $1.5 billion in disposal of assets, $ 400 million in private-public partnerships, € 500M in incentives for project finance in 4 countries.

Gustavo has a B.S in law from Faculty of Social Sciences – University of Brasília-UnB – Brasília-DF, Brazil, and is former Director at Federation of the Industries of the State of São Paulo-FIESP Former Director – Department of Infrastructure and Department of Trade and Foreign Affairs, and former UN and OAS Human Rights Advisor in Human Rights and Electoral Missions. He is multilingual and currently serves on a sustainable programs in Europe and Latin America. He currently resides in Vienna, Austria and travels to the U.S. and Latin America frequently.

Back To Our Team